Tapin Tapin played the hell out of Blue and then Yellow on his yellow Game Boy Color when they first came out, and then didn't think much about Pokémon at all until his nine-year-old daughter came home from school one day asking questions about Scraggy and Ponyta. He's currently the eighth-best Pokédad in his TCG league. 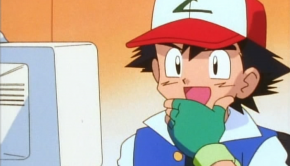 There’s a distinct lack of documentation surrounding the PPRNG fourth generation functionality; there’s a lot in there, but it requires