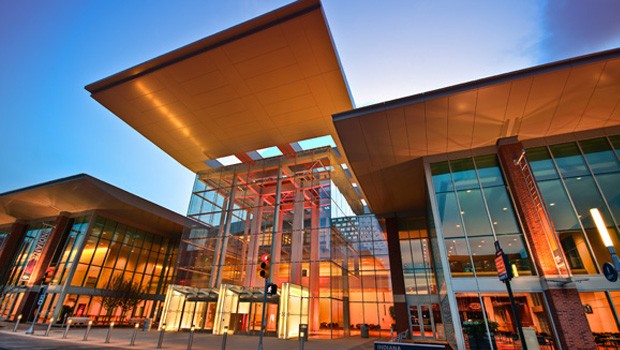 One of only two tournaments directly managed by The Pokémon Company International, the US National Championships is always a large event. Follow along with us both here on Nugget Bridge as well as the official Pokémon website for coverage throughout the weekend as players find out whether or not the work they’ve put in this season will pay off with an invitation to the World Championships or whether it will all be for naught. If they don’t place high enough in the standings for the Championship Points they need, their season will end here.

Like last year, the 2015 Pokémon US National Championships will be streamed live on Twitch. This year the stream will expand to start from Friday morning rather than Saturday afternoon making for three fully packed days of Pokémon to watch from home! Along with the scheduling expansion we’ll have an expanded roster of casters as Jonathan Indovino (ShadyPenguinn) joins veteran casters Scott Glaza (Scott), Evan Latt (plaid), Duy Ha (Duy), and Justin Flynn (TheJustinFlynn) for the video game portion of the tournament. On the trading card game side we’ll see the return of Kyle Sucevich (Pooka), Joshua Wittenkeller (TheJWittz), Josue Rojano (Crimz), and Dylan Mayo (Exobyte).

All times below are listed in Eastern Daylight Time (UTC-4).

There has been a significant prize increase over previous years with several thousands of dollars in scholarships at stake and double the trips to Worlds in each age division (based on Championship Points)! All attendees will also receive a Pachirisu modelled after the one that 2015 World Champion Sejun Park (pokemontcg) used to take his title!

More important to many of the players, however, will be the Championship Points at stake:

Couldn’t quite make it to the next stage of the competition? TPCi is making sure you stay entertained with a variety of side events with some amazing prizing to keep you busy!