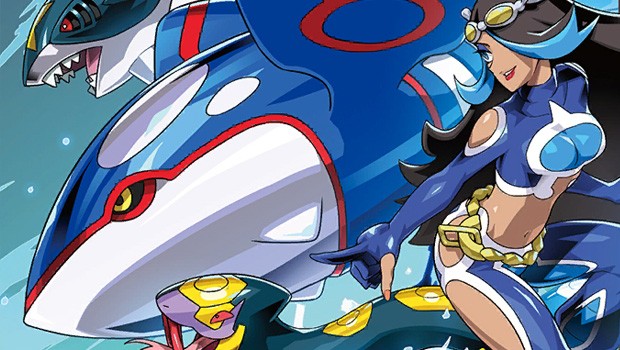 This is BadIntent’s Evil Thoughts, a VGC series where I will explain advanced tactics or take a stance on controversial issues concerning the VGC Circuit. Today I will be covering Hyper Offense. I have included a video version of this article to go along with this article. Today’s article goes slightly more in-depth, but the video provides visuals on pins better than the article. Both versions will cover the same information. For a quick overview, I’ll be covering:

What is Hyper Offense?

Hyper Offense is a play style and team building archetype that focuses on relentless, high-powered attacks. Some properties of hyper offense include:

–Hyper Offense emphasizes offensive synergy and high damage output. A team with good offensive synergy utilizes many spread moves of varying types to hit as many Pokemon as hard as possible. Spread moves eliminate the guessing-game involved with single-target attacks such as predicting the Protect or the switch. This ensures that you get off significant damage every turn. In addition, spread moves generally do more overall damage than maximum accuracy single target attacks. Max accuracy single target attacks such as Ice Beam, Flamethrower, Iron Head usually cap at 90 base power. For example, let’s take a look at Thunderbolt vs. Discharge.  Thunderbolt has a base power of 90. Discharge has a base power of 80 and that power gets reduced to 60 in double battles due to the 0.75 spread damage modifier. However, since Discharge hits both opposing targets, it effectively has 120 base power due to the damage it does to both Pokemon. In addition, it still does damage even if one of the targeted Pokemon Protects or switches out. Unfortunately, Discharge also hits the partner Pokemon, but Protecting with the partner erases the damage output advantage gained by using spread moves in the first place since we would lose the potential for combination attacks. Hyper Offense wants both Pokemon attacking whenever possible. Therefore, offensive synergy consists of the liberal use of spread moves AND pairs of Pokemon that are immune to each others’ spread attacks. The classic example is Zapdos and Garchomp. This pair of Pokemon complement each other with immunities to Earthquake and Discharge respectively, allowing them to take advantage of the increased offense without taking collateral damage.

–Defensive pivots such Aegislash, switching, and other passive plays are eschewed in favor of simply overpowering the opponent’s team. I will contrast defensive play with Hyper Offense at the end of this article, but the motto for this playstyle is that “the best defense is a good offense”.

–Paramount to the success of a Hyper Offense team, is the effective use of pins. The pin is a concept I came up with back in 2011, and is extremely effective, but sadly most people don’t utilize well, or at all.

What is a Pin?

A pin is the combination of a high-powered single-target attack (a “nuke” move) and spread move that covers the types that resist the first attack. It is similar to the concept of a pin in chess, because this combination of attacks essentially pins the targeted Pokemon into its position since there is no way to switch it out safely.

A few examples of pins include:

Charizard-Y’s Overheat in the Sun is one of the strongest single-target attacks in the game and it usually takes more than 50% damage from anything that it hits and is used as a ‘nuke’ move. Barring abilities like Flash Fire, Overheat is only resisted by Rock, Fire, Water, and Dragon. To go along with such a strong attack, we need a spread move that can hit all those types for at least neutral damage. One example would be Sylveon’s Hyper Voice, which hits Dragons for super-effective damage, Waters and Rocks for neutral damage, and Fire ,sadly, for resisted damage. Not bad.

Let’s try another spread move. The goal is to create a perfect pin. A perfect pin is the combination of a nuke move and a spread move that hits every type in the game, or at least every type your opponent has on their team. Let’s combine Charizard’s Overheat with Garchomp’s Earthquake. Earthquake hits Rock and Fire for super effective damage and hits Water and Dragon for neutral damage. Unless your opponent has a Levitate user like Rotom, this might be your perfect pin of choice.

Below is an example of a perfect pin in action in a tournament match.

Utilizing pins is the true hallmark of Hyper Offense. Now that we’ve taken a look at the properties of Hyper Offense, let’s look at some examples of the team style over the years.

Paul Hornak (makiri) used this team to win the first 2010 Regional Championship in Seattle. The team hits incredibly hard and utilizes spread moves efficiently. Even Abomasnow is more of an offensive switch-in tool than a defensive pivot. makiri used Abomasnow to transition from Water Spout assaults to Blizzard assaults.

This is the team I used to win the 2013-14 Fall Houston Regional. I also used it to get second place in the 2013-14 NorCal Fall Regional. This team has good spread options along with fast and heavy hitters. The spread moves on this team are specifically designed to take advantage of pins, such as Hydreigon’s Draco Meteor and Mamoswine/Landorus-T’s Earthquake as well Tornadus’s Flying Gem Acrobatics + Earthquake. Tailwind Tornadus adds speed control to set up sweeps with the aforementioned pins. Mamoswine’s Ice Gem Ice Shard provides priority to KO Landorus-T before it can flinch the team with Rock Slide. Three of the six Pokemon are holding gems to further increase their damage output.

Southern California is known for its plethora of strong players who have mastered the Hyper Offense style of play, such as Alberto Lara (CaliSweeper), however, many of them do opt to use one steel type defensive pivot like Ferrothorn or Aegislash in order to get an edge against other overly-aggressive teams.

Sweeper won both the 2015 SoCal Regional and 2015 Utah Regional with different variants of this team. In his tournament report, Sweeper mentioned how the combination of Charizard’s Heat Wave and Sylveon’s Hyper Voice created an almost inescapable blitz. We don’t use the same jargon, but Heat Wave and Hyper Voice is basically the pint that we looked at earlier. This one just utilizes two spread moves instead of one. Some other pins on this team are Mega Salamence’s Double-Edge + Landorus-T’s Earthquake, and Charizard Y’s Heat Wave + Landorus-T’s Earthquake.

This last example is from 2014. This is one of the last Hyper Offense teams I created and it won the Winter 2014 Long Beach Regional Championship. It is s a Sun team that pressures the opponent with the Overheat + Earthquake pin and maintains speed control with Chlorophyll Venusaur. This team was extremely successful, but over the last year and a half, I’ve been experimenting with other styles of teams to try to mitigate luck. After experimenting with almost every style of team, however, I’ve finally gone back to Hyper Offense because I think does the best job of reducing luck, which brings me to my next point.

The Benefits (and Drawbacks) of Hyper Offense

-“Hax” Prevention. One of the qualities of Hyper Offense is out-speeding and knocking out opponents before they can hit you. This means you will take less hits and therefore have less opportunities to get harmed by secondary effects such as Scald burns and critical hits. Speed control or priority moves get around Rock Slide flinches proactively unlike Wide Guard. Unfortunately, Prankster Thunder Wave and Swagger cannot really be contained by any style of team. Hyper Offense can at least drop Thundurus in one hit to stop the spread of status early.

–Hyper Offense also creates consistency by shutting down setups before they start. Instead of trying to figure out all the different strategies your opponent can possibly have and attempting to adjust on the fly with very limited information, you can bypass that game altogether. Just knock everything out! Less overall practice time and match-up knowledge is required, and even for experienced players this is  good because there are so many different variants of teams, it is impossible to have match-up experience against everything. With Hyper Offense, your powerhouse threats can knock out so much of your opponent’s team so fast, they have to abandon their strategy and play defensively against your strategy, which you are thoroughly familiar with, forcing them to play your game.

In contrast to Hyper Offense where you want to hold your ground whenever possible, defensive play relies on switching which leaves you vulnerable to secondary effects. There are not many things that are more irritating than switching in your Aegislash into Ice Beam just to have it freeze. Defensive set up moves are also prone to secondary effects and critical hits since the Pokemon are taking repeated attacks.

Defensive play is also vulnerable to read-heavy players. By playing reactively, you extend the invitation for your opponent to choose what angles they want to attack you from. Certain players make a living off of hard reads and predictions and tend to snipe switch-ins or double-target the Pokemon they don’t think will Protect. Reads based players can only get away with this if you allow them the breathing room to make these decisions. Hyper Offense pigeonholes them into a narrow line of options or they will eaten alive by your pins.

The biggest problem with Hyper Offense is that if you don’t have an aggressive attack combination on the field at all times to stop a set up, you are left helpless. Set ups like Calm Mind Cresselia and Perish Trap are naturally built to wall Hyper Offense teams. Diligent team building and match up mapping are required to ensure that you always have an offensive threat on the field to KO those Pokemon as soon as possible.

Extra bulky offensive Pokemon are also an issue, Sylveon is an abnormally bulky Pokemon people have trouble defending against because of its powerful spread move, Hyper Voice. It is very hard to stop when paired with a heavy hitter like Mega Kangaskhan. Simply knocking it out in one hit is very difficult. The most common defensive pivot players resort to is Aegislash, because its unique typing and stats make it one of the only Pokemon that can switch into both Kangaskhan and Sylveon. Hyper Offense, however, has no room for defensive pivots. Stance Change also really slows down the pace of the game which is another negative trait for this style. You’ll need a more offensive way to knock out Sylveon such using Metagross or Scizor which can be much harder to fit onto a team.

Hyper Offense is a very powerful play style and team building archetype. The strength of Mega Evolutions, the 45 second and 15 minute timer, all discourage defensive play and make Hyper Offense the most viable play style in VGC right now. Have fun building your own Hyper Offense teams, and remember to use pins and consider anti-set up tactics like Taunt to your advantage. This has been BadIntent’s evil thoughts. Thanks for reading! 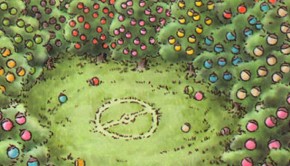 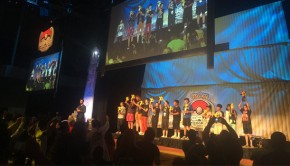