It’s the moment you’ve all been waiting for: the commencement of the 4th NPA! Everything (or at least most of it) that you need to know will be laid out in this post. If you plan on signing up, you need to read through everything here. It’s a lot, but if everyone is educated on the rules and understands what they’re diving into this year, we’ll have a much more smooth season.

NPA will be run by me and AP Frank (Nationals head judge Nic Freda) this year, with a committee of five respected, level-headed community members (TBA within the week) to help with any major decisions during the season. I’ll be doing more of the community side and the setup of the league, while Nic is your “head judge” so to speak – he brings experience from head judging both Nationals and Worlds and is one of the most knowledgeable in the community when it comes to problem solving and event logistics.

Before we get going, we want to make a few general things about the season clear:

Next up, what you’re all probably most excited to hear, your NPA Teams, Managers, and Assistant Managers for the season! It was a really difficult selection process and was more realistic to go with 12 rather than 10, so we bumped it up two extra slots.

The Rollouts return after having won the NPA title a year ago. Benji, who has qualified for Day 1 Worlds this season, returns to manage along with Smith, a longtime player and former Celestic Stars member.

The Cruisers are back with a new captain of the ship, with the former captain working on deck. Last year, the Cruisers made a run to the finals and lost a tight set to the Rollouts. Simon, a Worlds qualifier in 2011, has played all three years in NPA, while Jio has played one year and managed last year’s finalist team.

The Hornets were the strongest team in the regular season last year, and after losing in the semifinals, they’re back to prove they can win on the next stage. They have the managing experience to get there, with Dubs (Dubulous) and Alaka at the helm. Dubs is one of only two head managers this year with managing experience dating back to NPA1. Dubs and Alaka both managed in both NPA1 and NPA3, and Alaka has qualified for worlds three times, including qualifying for Day 1 this year.

The Brave Birds bounced back from a rough NPA2 with the 2nd best regular season last year, only to be bounced by the eventual champion Rollouts in the semifinals. This year, Kingofmars takes over for yours truly, and has another former Brave Bird, Hibiki, alongside him. Gavin (kingofmars) has qualified for Worlds the past four years, including a Day 1 invite this year. Hibiki earned his first trip to Worlds this year with a Day 1 invite as well.

The Jets, another playoff team from last season, return with an experienced staff. Makiri played in NPA1 and managed in NPA2 and NPA3, and Unreality managed in NPA1 and NPA2 and played for the Jets last season. Makiri qualified for Worlds back in 2008 and has managed successful teams in both NPA and SPL, and Unreality was a qualifier in 2011 and was one spot away from grabbing his invite this year.

Coming off of their second playoff appearance in a row, the Chargers are back and ready for another deep run. He-who-has-too-many-names, Prettylittleliar has managed in the last two runnings of NPA and qualified for Worlds back in 2011 and 2012, reaching at least top 8 both years, and Dtrain has played in all three seasons of NPA.

The Flames, who had one of the most feel-good drafts last year, came up just short of the playoffs. This year, they return with the man who drafted for them, Pookar, heading the team. Feathers, last year’s manager, will keep watch over her Flames as an assistant.

Although Tan had posted saying he was not going to manage this year, he had a change of heart and will end up managing his Stars yet again. Tan has managed for two years and has become the face of the league, holding up signs at Worlds and advertising his Celestic coffee all over. Chalkey, who played in NPA back in 2013, has been around the community for what feels like forever.

The Ninjas return for a third year in a row, headed again by TalkingLion. Both years the team has been a middling threat, and ended up forcing five ties last year on one of the league’s toughest schedules. This year Cypher, who has played in all three NPA seasons and was part of the NPA1 champion Sacramento Slakings and NPA2 champion Seafoam Islanders, brings championship experience as a co-manager.

After getting the most undesirable schedule in NPA3 having to play five playoff teams in eight weeks, the Holy Spirits return in a season that won’t hand them a schedule of such unholy proportions. Wolfey, 2012 Worlds runner-up and four-time qualifier, takes over the team this year after playing in the previous two seasons of NPA. Three-time world champion Ray returns to the Holy Spirits to assist Wolfe on his Mission to win the championship. Amen.

The Cones have always meant bidness. Big bidness. Darnell returns as the longest tenured manager in NPA, being the only manager to manage all three previous years that’s returning this year. He called up Duy on his Bluetooth to help him manage this year. Duy will provide solid comments on players’ practice games and also has qualified for Worlds once back in 2010, along with coming painfully close to an invite in 2013.

We have one expansion team this year, and it’s going to be headed by Scott, who has played in all three of the previous NPA seasons. Scott qualified for Worlds in 2012 and 2013, and now essentially gets free analysis of players as part of his job, so he looks to have one of the most well-drafted lineups this season.

**Unfortunately, this is a placeholder, the New Bark Loud Puppies aren’t for real. The actual team name will be announced in the coming weeks.

Format: VGC 2015 for all 8 slots
Additional Rule: The moves Minimize and Double Team are banned from play. Anyone to use Minimize or Double Team during a match will receive an automatic match loss. This is to prevent games from going to the full 60 minutes as a result of a single move.

Team Schedules: Will be released soon, along with the rest of the season spreadsheet!

Midseason:
Players will be able to be sold back for 50% of their original value. All auctions start at 3k and will end after 12 hours without bidding activity. All auctions will automatically end at 11:59pm GMT+0 on September 25th.

Dynasty Rules:
Starting next year, teams will be able to retain their players. The cost for retaining will be either 10k + 3k or the player’s value + 3k, whichever is more expensive. Retaining rights will also be able to be traded between teams before the season begins.

This year, there are going to be slightly more objective rules on activty as to prevent as many issues as possible. However, if too many rules are created, players will find workarounds and play the activity system rather than try to schedule a match, so most activity calls will be left in the hands of the commissioners. Please get your matches done; playing out a game is much easier and less stressful than pushing for activity in most situations.

Both players must message each other with their availability within 48 hours of the round being posted. Players must post at least three time frames of five hours each on three different days in which they are available to play (the more time frames and the more hours in each, the better – please work on getting matches actually complete rather than rule sharking.) If there is too much conflict in the times, the commissioners must be notified no later than 72 hours from the start of the week. “Anytime” and “Sunday” are NOT time frames; any player using these types of vague descriptions of times to play are going to be given significantly less leverage in a decision. Please be respectful of your opponent’s circumstances and at least give them a very concrete time window in which you’re able to get the match done.

Example of good dialogue:
Player A:
Hi! We’re paired for this round. I’m GMT+0 and am able to play Thursday and Friday from 5-10pm GMT+0, Saturday from 2-10pm GMT+0, and Sunday from 5-11pm GMT+0. Let me know your times and dates so we can organize a time effectively.
Player B:
I’m in US Mountain Time (GMT-7) for reference; I’m able to play 5pm-10pm GMT-7 Friday, Noon-Midnight GMT-7 Saturday, and Noon-5pm GMT-7 Sunday. In your time zone, that’s midnight-5am and 7pm-midnight Saturday and midnight-7am and 7pm-midnight Sunday. It looks like we’re both able to play from 7-10pm your time Saturday and also 7-11pm your time on Sunday. Should we plan for 8pm on both nights, Saturday as the primary time and Sunday as a backup time in the event one of us would miss the Saturday time?
Player A:
9pm my time would work slightly better for me than 8pm on both nights, would that work for you?
Player B:
Yes it would. See you at 9pm GMT+0 Saturday!
Player A:
See you then!

The bad example is usually when one person shows up for /their/ afternoon and things get extremely out of hand and haywire. Please follow the first example and be conscious of your opponent’s time zones and their situation when scheduling. Schedule exact times and show up to them a few minutes before if possible to coordinate things such as exchanging friend codes and setting up streams more easily. The player exhibiting the better manners and following protocol when scheduling will be more likely to receive the activity call in a scenario where both players have equal leverage otherwise.

Again, all activity calls will be handled by the commissioners, and the committee will vote if necessary. Our goal is to have no activity calls at all, but in the event that things do get too sour or too impossible to schedule, we will do our best to make the most reasonable call possible and provide transparency to everyone involved to help explain our reasoning.
Now if you’ve read all of this and are wanting to play in NPA this year, sign up in the thread over here!

Note for first-timers: not everyone who signs up will be guaranteed a slot. Players will be put up for auction and bid on by the managers.

Stay tuned for more information in the coming weeks! If you have any questions, suggestions, or comments, feel free to post them in the thread. 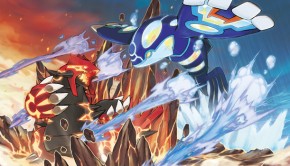 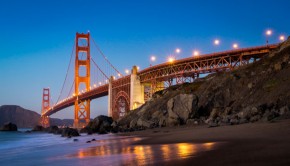 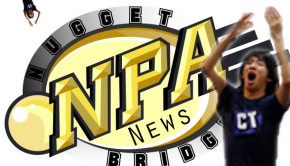