Dillon is relatively new to VGC, with last year being his first. He started out by playing singles and enjoying the 4th Gen UU Metagame before the transition to Black and White. Dillon also previously helped out with Wi-Fi related activities such as trading, but has now made battling his priority. He is also associated with his VGC 2011 Nationals team in which he used Fissure Stunfisk on screens. 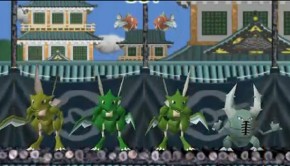 As many people know, the past few VGC events that I have attended, I have generally not cared so much