Dubulous is a producer and editor for Nugget Bridge and a recent graduate of Penn State. A television/pop culture enthusiast and sports connoisseur, Alan started playing VGC competitively after attending Nationals in 2010. 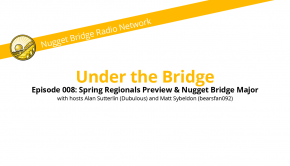 Under The Bridge moves to the end of the month, and with good reason: it’s almost time for Spring Regionals. 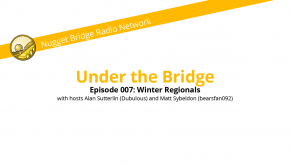 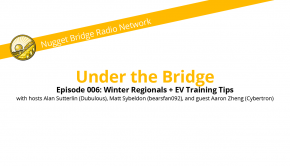 This month the crew under the bridge has a visitor, Aaron Zheng (Cybertron).  Listen as he joins hosts Alan Sutterlin 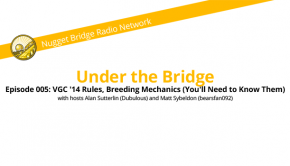 The boys are back! After a week off to attend to various job interviews, hosts Alan Sutterlin (Dubulous), and Matt 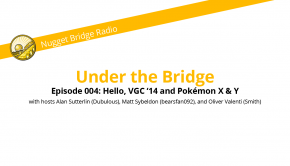 On this episode of Under The Bridge, the boys (Alan Sutterlin (Dubulous), Matt Sybeldon (bearsfan092), and Oliver Valenti (Smith) reflect 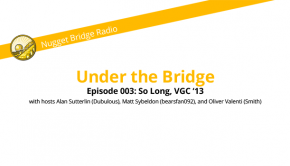 It’s a somewhat somber atmosphere Under The Bridge this month, as we wave goodbye to the 2013 season. The mood

There’s no water under this bridge, only podcasters! Listen as hosts Alan Sutterlin (Dubulous), Matt Sybeldon (bearsfan092), and Oliver Valenti 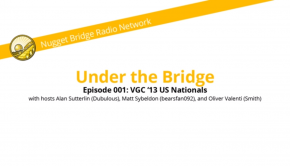 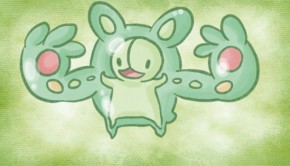 Hello everyone, it’s resident editor Dubulous here. When I’m not making sure articles are typo-free (if they are, it’s plaid’s 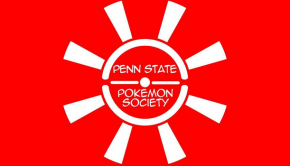 On today’s episode of the Interview, we have complete coverage one of the first large-scale grassroots VG tournaments, the Penn