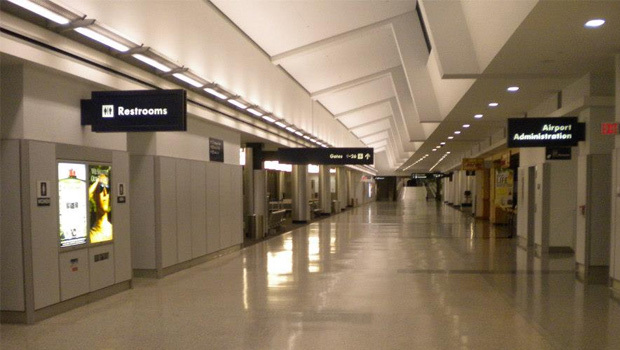 If you’re heading to a regionals next weekend, whether you’ve been there before or not, it’s always great to have a good reminder of what to make sure you get done before the event. In this article, I’ll give some pointers on what to do to prepare for Regionals and some cool ways to approach the event to help you ensure success. I’ve had the full spectrum of experiences at these events, and in all honesty, the fall regional at Fort Wayne was the most smooth regional so far for me. All in all though, I’ll break it down into sections and give a checklist at the end. (Also be on the lookout for a Regionals video afterward recapping the weekend in Lake Buena Vista, Florida, giving a tour of the venue and the shenanigans before, during, and after the event, and interviewing certain players!)

Get Your Yamsing Team Already!

If you’re going to PLAY POKEMON, you should probably have POKEMON TO USE. If you have your team all set to go on a simulator but have no idea where to find Pokemon, check the Training & Breeding Forum for someone who may have Pokemon for you or for someone who may be willing to RNG for you. Along with this, be sure you have some practice with your team. At both Regionals that I’ve done well at, I’ve had teams that I’ve practiced a ton with before the event. Even if you’re less sure of a team’s stability but are more familiar with it, use it! Familiarity is the key here. Just make sure you check items, moves, and EVs…or you may wind up blankly staring at evan as you’re sitting 4-0 about to win the battle wondering why your 133 speed Mamoswine moved AFTER your 125 speed Zapdos outside of Trick Room.

This advice may be a little late now, but in future make sure you’ve made your travel arrangements at least a week before the event. Make sure you have adequate funds to pay for anything that may come up on the way as well. Be sure your hotel is not overbooked, be sure your flight or ride is still going to be en route to your destination, etc. Also, if you’re driving quite a distance, check your oil, brake fluid, and windshield fluid, as well as even getting a diagnostic check done to make sure everything’s in place. In 2011, Macle and I got stuck in Fort Wayne for a night after my brakes went out, and Tad38 and FonicFrog had a heck of an adventure getting back home. Sure, $600 in car fixes later I made it home, but that could have been avoided if I’d have had the car checked beforehand. Have everything in order, make sure that travel is the least of your concerns on this trip.

Packing for the Journey

So you’re packing for the event, and well…of course, clothes (including Nugget Bridge t-shirt!), toothbrush, shoes, DS, games, chargers… check. But…what am I forgetting? Make sure you have the following as well as your toiletries and clothes:

Sleep is a Thing

Sleep before an event is really helpful. I know a lot of people believe that being sleep deprived and tired out of your mind is the right way to be before an event, but these people clearly aren’t psychologists, neurologists, or biologists. After dealing with a form of Insomnia for the last few years and learning how sleep works from doctors and physicians as well as some freelance research, I’ve learned that it’s best to get at least two cycles, or about six hours, of sleep for optimal brain functioning. Regionals can last for 8-10 hours, and it will absolutely drain you by the time it’s all over. Make sure you get 6 hours of sleep if possible: it will greatly improve your performance. I am lucky to get away with two Regional wins with the incredibly minimal amounts of sleep I got before them. I made a few near-fatal misplays at Madison (including not remembering to check my EVs and moves), and made two at Fort Wayne because of it, but thankfully neither ended up costing me the games. Regardless, I could have done better if I was more well-rested and on top of my game.

Also, if you have trouble waking up in the morning, try to set an alarm for an hour and a half interval, as the average sleep cycle is three hours, and average half-cycle (also a good waking point) is one and a half hours. So 4.5, 6, 7.5, 9 hours, etc. are the intervals you want to try to hit to wake up more quickly and a bit more refreshed. Finally, if you have issues getting to sleep beforehand, turn off all lights 30 minutes before you go to sleep, as this will decrease stimulation of the brain, and turn on some white noise (radio static, fan, or something similar). White noise will lull you to sleep more quickly.

Before you go to the venue, wake up with enough time to get dressed, organize your belongings and whatever you need to take to the event and to EAT. Make sure you have at least a light breakfast before you head out. Fruit and dairy is always a great choice to help sustain you for the day. Try to avoid a really heavy breakfast such as a ton of bacon and donuts, as it’ll slow down your thought processing. Finally, grab something to drink — preferably a bottle of water — to take along to the venue, as it’s typically twice the cost there. Thirst and hunger are the last things you need to be worrying about while battling.

Come On Time and Prepared

Seriously, the worst feeling ever is being late to an event. Showing up after it starts leaves a really awful feeling inside of you all day knowing you either just had a bad round 1 auto loss or didn’t even get to play. Check when registration for the event is, and if there’s pre-registration the night before, get to that if you can. Get to the venue about an hour early, just in case. Also, if you’re traveling across time zones, REMEMBER THAT YOU DID SO. I almost missed Nationals in 2011 because I forgot it was Eastern time rather than Central. Also, remember to bring your DS, phone, camera, a charger and anything else that you’d want to have at the event, such as plushies, a playmat, your favorite Pokemon hat, etc. If your hotel or house is more than a few minutes away from the venue you could be totally out of luck. Check, double check, and triple check that you have everything. Finally, remember to check your Pokemon Organized Play ID and write it down before heading to the event. You can do this by going to Pokemon.com and logging into your account. The POP ID number should be on your profile. If you haven’t created an account before the event, you can register at the event, but it’s much more handy to have it done beforehand.

Plan to Hang Out!

Talk with others going to the event that you know, get to know them, and see if they can get you in touch with some other players at the regional. Get to know the community while you’re there, and see if there’s anyone going to play some Super Smash Bros or Pokemon Stadium afterward, or if there’s a group meetup at the restaurant across the street. Make sure you make the most of the weekend. Even though this is technically a competition, this is also an opportunity to be a face to names you may have only seen online or catch up with people since last Regional. While Regionals are more competition focused than Nationals, you should make at least some effort to grab a bite to eat after the competition to keep things friendly.

Simply because this is something I have noticed benefits me a ton, find some music to get you in the zone before the competition. While most Tournament Organizers won’t let you listen to music during the competition, it can be really integral to getting yourself in the mood beforehand. This just goes back to making sure you have the right attitude for Regionals. Making sure that you have everything together (and checked and double checked) as well as listening to some of your favorite tunes can relax you during a high stress event like Regionals. This is so important to keeping focused and positive during the competition even if you have a bad round.

Post updates on the event to Nugget Bridge in the update thread. Take pictures of the standings, post match results, and players’ records, and even pictures of the event if you want. Give everyone that’s not at the event a look in at what’s going on, and check out what’s happening at the other four Regionals around the nation.

Take care of all of the above, and you’ll be set to dominate Regionals. Play your game, kick back and have a blast. This is what you worked for, make it pay off, and have a great time while playing. Good luck to everyone next weekend, and if you’re at the Florida regional, come find me (I should have a maroon Buncha Bulls shirt on with my name on the back) and say hi!