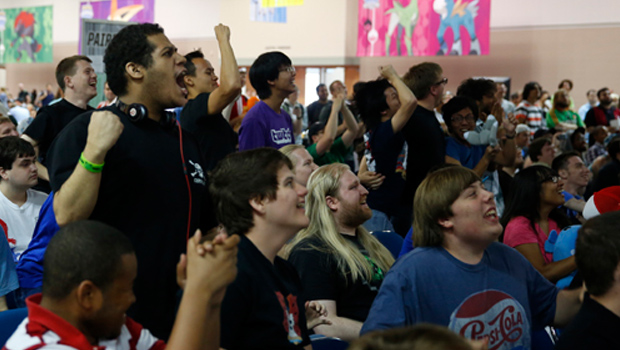 Editor’s Note: With the distribution of Championship Points this season, players have been playing year-round to get themselves in a favourable as possible position going into the United States National Championships. The top 40 players in the US & Canada Rating Zone will earn an invitation to the 2015 Pokémon World Championships with the top 8 receiving direct entry into the second day of the competition along with free travel and accmodations. With only one chance at the heavy amount of points granted by the National Championships for most players and no second chances if the weekend is unsuccessful, competitors are putting their all into the tournament.

I’m Gavin Michaels, otherwise known as kingofmars, and when I haven’t been going 6-2 at Regionals I’ve been keeping track of everyone’s Championship Points on a spreadsheet designed to be and easier to browse and more in-depth version of what the official Pokémon website provides.

Today I’m going to break down what everyone in the United States, Canada, and occasionally South Africa needs in order to secure their Day 1 Worlds invite. While important, I won’t be able to accurately predict what the bar for Top 8 in CP– good for a paid trip and a Day 2 invite– will be because the range is simply too massive. What I will say is, if you do exceptionally well at Nationals or if your name rhymes with Gulf Lick you might be in contention.

My analysis is going to be largely based on the program I designed with DeVon (dingram). This program assumes players with already high finishes will do better at Nationals, on average, than a person with poor results, but it also takes into consideration that a person with poor results going into Nationals can still end up doing well or even winning. Further breakdown of that can be found in this forum thread but the important takeaways are that the average and median cutoff is at 368 CP, primarily due to the large number of people that are either at 368 currently or have a Nationals finish that would put them at 368. The range is also pretty cleanly between 360 and 380, which is where 83% of the simulations fell into, with most of the other results occurring on the lower end of the spectrum. Please be aware that the cutoffs are rather arbitrary for where I start and end the groups. The bottom player in a group is generally much less safe than the top player in the group. Before we start, let’s take a look at the Championship Points payout for the National Championships:

Without further ado, let’s start it off with the people who aren’t even reading this article: the players that have their invites already locked.

These players have all had exceptionally good seasons to this point or are abusing the automatic invite system for 2nd place Worlds finishers. Either way, expect to see them in Boston. Players in this group also have the largest chance of any to secure a spot in the Top 8 CP bracket, as even a mediocre finish of Top 32 should lock the Day 2 invite for all of them. Except for Jeudy.

Group B: The group that might have made Worlds already but they’re cutting it close | 380 (Riley Factura) – 368 (James Ball).

These players have also had fantastic seasons– just slightly less fantastic. If they don’t do worse than Top 128 at Nationals they’re locked, but there is a realistic chance if they don’t pick up any points that despite doing really well and possibly thinking that they got their Worlds invite that they miss it by the skin of their teeth. So have fun thinking about that at Nationals.

These players should lock up their Worlds invites with a Top 128 finish or better at Nationals. On the bright side for these players, even if they don’t have an x-2 finish, they might be able to sneak in by convincing everyone who can’t make Worlds to drop.

These players might make it into Worlds with a Top 128 finish, and lock a Worlds invite with a Top 64 finish. Either way, it’s going to be hard to tell until the end of Saturday.

This group of players has to go all out on day 1, since they need a Top 64 finish in order to get their Worlds invite. However, if they do get Top 64, they are locked. What’s awkward about this tier is for most of these players, since they have done well throughout the season, if they make Day 2 it’s likely that they’ll do better than Top 64 once they get to Day 2.

If this group gets top 32 at Nationals then they are 100% locked for Worlds. If they get Top 64 then they have good reason to be nervous. The result of one or two games in Top Cut could determine whether they get their invite or not, so be prepared for the onset of spectator anxiety.

The players in this group have a chance to get their invite if they Top 32, and secure it if they get Top 16. These players have to aim for an above average finish for Day 2, and there’s a very realistic chance that someone’s invite could be decided by their resistance barely placing them into the Top 16 or not.

Everyone here basically needs to get Top 16 for a worlds invite. If they do so, they lock their invite. Interestingly enough, this group is bookended by players who were in the same spot last year, with Tiffany making Worlds off her Top 16 finish and Erik missing Worlds off of one game.

As the name suggests, in order to get an invite these players might need to Top 8 Nats to make worlds. There’s a chance that they can make it in with Top 16, but a Top 8 finish locks their invite. Luckily for them, they don’t have to worry about securing their Worlds invite if they cut and can just focus on winning the title.

The players in this group must undergo the daunting task of actually top cutting Nationals for their invite. From here on out, Nationals is a do or die event, which might play to the strength of the numerous veteran players in this group. Like the previous group, however, at least if they cut they can just focus on taking the title.

As the name suggests, these players might walk away from their Top 8 set and realize that they missed a worlds invite. This is probably the least fun tier to be in, so let’s hope for the sanity of all these players that they can avoid this.

This group needs to Top 4 Nats in order to get their Worlds invite. While that does sound like an insanely hard goal to reach, last year’s results should prove that players in this group can absolutely get a Top 4 finish.

18 Responses to Championship Point Wrap Up: A 2015 US Nationals Preview