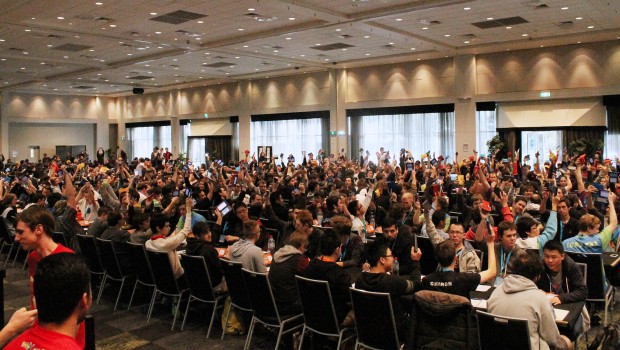 The Australian Pokémon Nationals were held on the 6th – 8th June. On the 7th June, for the Video Game Championship there were 321 Master, 96 Senior and 54 Junior competitors. Australia was the first country outside of the World Championships to have a Best-of-3 Swiss Rounds format. It was a change that many players had been asking for here, even petitioned for, but didn’t think we would get so soon, so we were surprised and excited to see it happening. It was a grueling day for everyone involved, and after 9 rounds for Masters, 7 rounds for Seniors and 6 rounds for Juniors, we finally had our Top 16 and Top 8’s respectively. Listed below are the Top Cut teams for each division, a tally showing all the Pokemon used more than once in the top cut and videos of the finals for each division.

All videos for the Australian National Championships including those below can be found here at DYoshiiTV’s YouTube.

Feature image taken by Jesse Wilsone for PokéMelbourne, and used with permission.