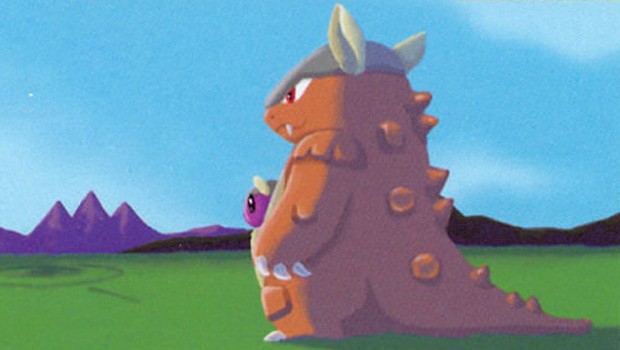 Top Players Talk is a (hopefully) weekly segment in which I (Kenan) interview some of the top players in the US and ask them questions about a particular topic. While I’m certainly not the best player, I hope to bring quality content to the community, to educate others, and learn a bit along the way as well! This week, we’ll be discussing Mega Pokemon and predictions about what Megas will be popular at US Nationals.

With US Nationals less than a month away, players everywhere are frantically searching for the fabled “best vgc.” While the US metagame is entering a period of heavy foreign influence, I begin my own search for consistency by asking some of the US’s top players, Jeudy Azzarelli (SoulSurvivor), Collin Heier (TheBattleRoom), Gavin Michaels (kingofmars), and Blake Hopper (Bopper), their opinions on the top Megas in the current format and what makes those Pokemon stand out from the rest. I asked the players separately these questions, and arranged their answers accordingly.

Kenan: Going into Spring Regionals, what did you think were the top three Mega Pokemon in the format?

Collin: I think Kangaskhan, Metagross, and Charizard-Y were the top Megas, in order.

Blake: For me it was Kangaskhan, Salamence, and Charizard-Y.

Gavin: I think we all knew that Kangaskhan and Salamence were number 1 and number 2, with Charizard following up.

Jeudy: Going into week 1, I definitely thought Kangaskhan and Salamence were leagues ahead of the other Megas. They are versatile enough to go on a variety of teams and have more than one really strong set. However selecting a 3rd Mega Pokemon is definitely harder because I think no other Mega is as dominant in this meta as the former 2, but Charizard would get my pick as a top 3 Mega going into spring Regionals.

Kenan: Charizard hasn’t made too much of an impact this year as compared to last year. Why do you think it was a strong pick for Regionals?

Collin: Charizard dealt with many of the common non-Mega Pokemon such as Aegislash, Sylveon, and Thundurus. It also provided a good way to help deal with rain and Mega Metagross. I also think if you can manage to defend it, Charizard can be unstoppable, as seen in Germany.

Gavin: People love sun. Unfortunately, Charizard hasn’t really made the transition to being good outside of sun modes so players choose either Charizard/Venusaur and Charizard/Heatran, which is the reason I don’t think it was a very good choice, but it was clearly going to be a popular one.

Kenan: Do you think the massive metagame presence of the “Japan Sand” archetype and its American iterations will lessen Charizard’s effectiveness? I personally thought Charizard always had a difficult enough time handling Kangaskhan, Landorus-Therian, and Terrakion, but adding on Tyranitar and Excadrill only compounds its weaknesses.

Jeudy: Definitely. If you are going to ask me the same question about top 3 Megas going into Nationals, Charizard would not be in the top 3.

Gavin: I don’t think Charizard’s usage will be as inhibited as you think. While I think it’ll be much worse, it’ll take a round of inspiration for another Mega to surpass it in usage. Also, Terrakion usage should go way down at Nationals as we realize how not good it is, leaving only Landorus-Therian as the last common good answer to Charizard.

Blake: Yes and no. Charizard still has ways to get around it, if the team is built well.

Collin: With enough Fake Out and speed control Charizard can handle most matchups, but I think now with Tyranitar on the rise once again we will see very little Charizard usage at US Nationals.

Kenan: With that said, what would you rank as the top 3 Megas going into US Nationals?

Collin: Kangaskhan is still number one, but Salamence is second with Metagross in third.

Blake: Kangaskhan, Salamence, and it’s a tie between Charizard and Venusaur.

Jeudy: To be honest, this is really hard for me to decide, but if a Mega can replace Charizard it would be Metagross just because of its versatility and being one of the better Mega Pokemon in rain, which has been seeing a surprising amount of usage. I think my answer would change if I saw Japan Nationals, but for now Metagross. Another change going into Nationals for me is Salamence being the #1 Mega.

Gavin: I think Salamence will safely be in the #1 slot, with Kangaskhan behind and Charizard last.

Kenan: Why do you think Salamence will surpass Kangaskhan in usage?

Gavin: I think that people are going to see how well it did in off-meta teams like Harrison’s and how easy it is to use in “Japan Sand.”

Jeudy: It feels much much easier to make a successful team with Salamence right now than Kangaskhan and I feel there is more Kangaskhan hate than Salamence hate.

Kenan: So what kind of Salamence? Mixed or physical? Or is that what makes it so good? The unpredictability of Salamence and never being sure what it’s going to throw at you.

Collin: That’s it, the unpredictability of what it’s going to do. It might set up on you, it might OHKO your Sylveon with Double Edge, or it might switch out. Salamence has so many viable movesets and it has really good speed.

Kenan: I definitely agree, and I think it was funny how we noticed how distinctly different Japan and the US used Salamence, with Japan using almost exclusively mixed, and US using almost exclusively physical and when we all started experimenting with “Japan Sand,” a lot of players began experimenting with mixed, with physical still being popular.

Kenan: Blake, why would you say Venusaur is in the top 3 Mega Pokemon?

Blake: Venusaur has been growing in popularity and deals with a lot of non-Megas, specifically Landorus-Therian, Rotom forms, Terrakion, Thundurus, stuff like that.

Kenan: Venusaur definitely is capable of just absolutely walling some of the top threats in the metagame.

Collin: I don’t think Venusaur will be that great. I think the other three best Megas kinda smash it so I disagree.

Gavin: I think that Venusaur is heavily reliant on the team it’s playing against not knowing how to deal with it. Venusaur cannot generate any offensive momentum for itself and it doesn’t threaten anything enough to give you room to outplay with it.

Kenan: I’m inclined to agree with you, Collin and Gavin. Talonflame was in the top 10 in usage of the International Challenge and I know of a few players who have tested Latios extensively. However, with the right support, Venusaur is certainly capable of anything.

Kenan: Why do you guys think Metagross is still capable of being a top threat at Nationals, given that we’ve been exposed to it since Winter Regionals?

Gavin: Unfortunately, I think people are still rooted in the Metagross/Hydreigon format for the team and once you start from there it’s very difficult to deviate heavily. I’d be surprised if a team like that doesn’t do well though, to be honest. I think its Mega Salamence matchup is good enough that it warrants usage.

Collin: Metagross still is faster than most of the meta and it also does very well against both Kangaskhan and Salamence. And it is one of the few steel types that can outspeed and OHKO Sylveon.

Kenan: Collin, wouldn’t the play be to talk down things that beat Sylveon? I do know you’re a huge fan of her!

Kenan: Looking at your top Mega choices for Regionals, you all agree on Kangaskhan as the best. Do you still think Kangaskhan is significantly better than the other Megas?

Collin: I don’t think it’s leagues ahead of the other two, but it stands out to me as the best Mega because Megas are not as important as in 2014, so some teams just want to slip a Mega in and Kangaskhan slides in most teams quite well.

Jeudy: No. I think it was place #1 for Regionals because it was significantly more consistent. The current standard Kangaskhan (Double-Edge+Low Kick) is incredibly easy to slap on, and those assuming that had to also face the probably more scary Power-Up-Punch variant. Going into Nationals, the uprising of Salamence definitely hurts Kangaskhan’s current standard just due to Intimidate. However it still remains as consistent as ever and that is what most Megas lack– consistency, and that’s a reason Mega Salamence and Kangaskhan are so far ahead of the rest. Especially in a National where there are 500+ different teams.

Blake: Not super better, but for sure the best. I think the gap between Kangaskhan and Salamence is slowly closing up as people are getting better at countering Kangaskhan.

Kenan: That’s a very interesting point, especially considering some of the other top Megas do a phenomenal job at beating Kangaskhan (Salamence and Metagross in particular). Do you think there is a reason Kangaskhan is the most common Mega in both Japan and US?

Blake: Kangaskhan has the best neutral hits in the game and what it doesn’t hit neutrally, it can hit for super effective damage with a coverage move.

Collin: I think it’s universally agreed upon that Kangaskhan is the best Mega because of the pure power and effectiveness Kangaskhan has. It can do so much damage and can even provide utility with Fake Out. Kangaskhan is the most important Mega to be ready for because everyone and their mother uses it.

Kenan: Kangaskhan, being a mother herself, certainly appreciates more PokeMoms entering in the community. Well, you guys that ends my questions for you all. Thank you guys once again for taking the time to answer some questions. Good luck at Nationals!

Lucien Lachance Share a little biographical information to fill out your profile. This may be shown publicly.

32 Responses to Top Players Talk: A Look at the Top Mega Pokémon for US Nationals