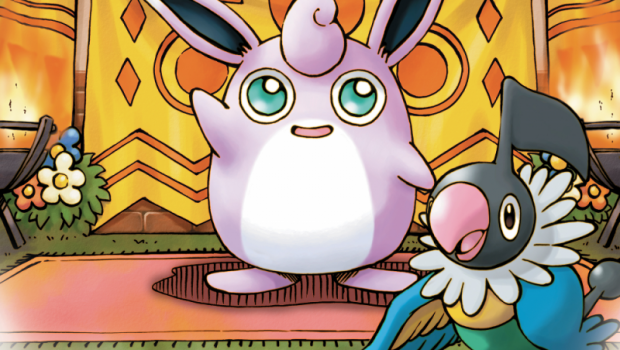 I’m still exhausted from the weekend at Massachusetts Regionals so I’m only going to post a team report this time rather than a “warstory” like I posted after Virginia.

Standard Scarf Salamence. Not much to say about it, though I’ll go over the slight differences from my Virginia Scarf Salamence. With Pokemon Bank out, I was finally able to get one with a 31 Atk IV, so I could switch from Hydro Pump to Stone Edge. Also, with Pokemon Bank released Dark Void Smeargle is seen somewhat frequently, so I added Sleep Talk to help deal with that.

Another standard set for Rotom-H. I don’t really like Rotom-H much at all, but I wanted a defensive Fire-type. The Special Attack EVs let it OHKO the Mawile I used in Virginia, the Speed EVs let it speed creep neutral-natured 252 Speed Tyranitar and Rotom-Ws aiming to creep Tyranitar. 244 HP gives it an even numbered HP for Sitrus Berry, since a few people use Super Fang Noivern. I just put the leftover EVs in the defenses.

I used 0 Speed IV to get the Shadow Ball off on other Aegislash after they attacked, which would let me KO them, as well as to let me stay in Shield Forme longer. I opted for Flash Cannon instead of Sacred Sword because they do the same exact thing except one is better vs some Tyranitar and Bisharp, while the other is better vs Mamoswine, Aromatisse, and when Intimidated or Burned. I prefer the advantages of Flash Cannon. Another aspect of Flash Cannon that I prefer is that it makes it harder to switch in on Aegislash. Many times you’ll be in a situation where both Shadow Ball and Flash Cannon will do the same damage. When Aegislash is in a threatening position in one of those situations (for example, when facing a Gardevoir that may opt to switch out), you choose which move based on potential switch-ins. If the opponent for example has no Pokemon that resist Steel and one that resists Ghost, Flash Cannon becomes the easy move to make. That way you punish the opponent no matter whether they stay in or switch out. This situation is a lot more frequent than it may seem.

This set is probably a little different from most Amoonguss. Many Amoonguss choose to use the minimum speed possible in order to counter Trick Room teams better, but I didn’t feel that was necessary for my team, since I liked my match-up vs Trick Room teams even without a minimum speed Amoonguss. Instead, I opted to use enough Speed EVs to outspeed minimum Speed Aegislash (which has become extremely common in America compared to neutral speed Aegislash) in order to Spore them before they set up a Substitute. Rocky Helmet was to help with Kangaskhan. I chose Regenerator over Effect Spore because I like to switch out a lot and it’s a more reliable ability, since sometimes Effect Spore can backfire when trying to Spore or Will-o-Wisp with Rotom-H. The rest of the set is standard, there are many physical threats in the metagame, so I focused all of the EVs on Defense rather than Special Defense or a mix of both.

Standard Kangaskhan. Since a lot of American players are switching to slower, bulky Kangaskhan and Charizard I decided on max Speed to take advantage of that, since I lack any speed control and my team is for the most part really slow. Kangaskhan was the focal point of my team and I based my team and play within each battle to enable it to run through teams. One of the key supporters for it is…..

I was originally testing Bisharp in this role instead, but found it extremely underwhelming if the opponent didn’t bring Intimidate, and even if they did it had quite a few flaws. I knew some of the Korean players were in love with Wigglytuff and Scott told me he was being terrorized by it and losing against it every time, so I thought why not, I’ll test it instead of Bisharp. It’ll be equally useless if they don’t have Intimidate but at least it can take hits. It gets amazing coverage and a STAB spread move as well. Assault Vest was to increase its Special bulk, which helped a lot, and the Defense EVs were there so it could take neutral physical attacks better (like when the opponent leads Salamence/Garchomp). The Speed EVs let it outspeed my Virginia Mawile, and the Special Attack EVs let it OHKO my Virginia Ferrothorn with Fire Blast at +0, my Virginia Mawile with Fire Blast at +2, and Salamence/Garchomp with Dazzling Gleam at +2. Since I had Assault Vest, I couldn’t use Protect as the 4th move and needed to find a solid filler move. There were pretty much no good choices. I considered Psychic for Gengar, but not many people use that in the US. I decided on Hyper Beam since at +2 it OHKOs almost everything, and gives me something to hit Rotoms hard with, since Kangaskhan doesn’t like getting burned. I really only used it when Wigglytuff was about to faint so I wouldn’t care about the recharge turn, but it was a pretty useful move to have the option of using.

As of now, the only video I have of my team from the tournament is Game 2 of my Top 4 match vs Trista “The Machine” Medine (also known as ryuzaki)

My Top 8 match was recorded and should be up within the next few days. I think the finals were recorded as well, but I’m not totally sure. If they were recorded, those games should also be up within the next few days. The videos will be edited in here, posted my blog, and on Twitter (Follow me @RayRizzoPKMN ) when they get uploaded, so keep an eye out for them as well!

Thanks for reading guys, hope you enjoyed it. Now that I’m most likely qualified for Worlds without having to play Nationals, I may try and make some strategy posts/guides on my blog and maybe get into the whole YouTube thing like my man Aaron Zheng is doing, so keep an eye out for that as well.

Ray is the three-time Pokemon Video Game World Champion, having won the most prestigious title in competitive Pokemon three straight years: 2010, 2011, and 2012. 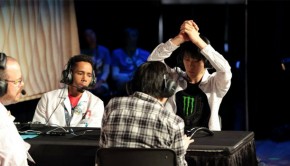 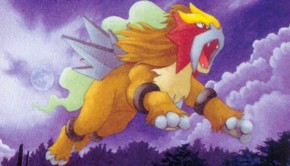 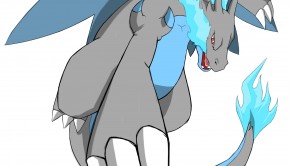 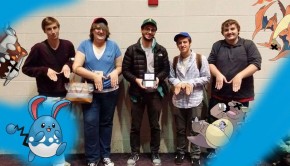