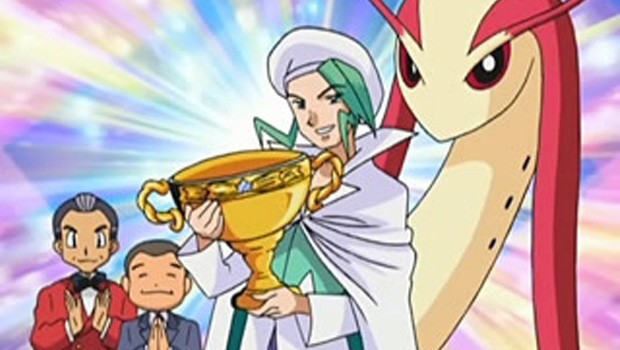 Alright, luv? Whatever decisions you’ve made across the span of your lifetime, it’s all led you to here: the Sardonic Hipster’s Guide to VGC 2015. I hope you’re proud of yourself. This is a two-part guide to my current take on 2015’s competitive scene. The second part is a teambuilding guide, and a hitlist of all the different threats your team has to cover if you want to have a shot at winning a tournament. This, however, is the first part: a concise opinion piece on what it means to “play to win” at Pokémon in 2015. Get ready for some harsh truths, special snowflakes. :^)

Live to win! ‘till you die!

If you’re playing to win, there is nothing more to it. You are playing to win: to knock out all four of your opponent’s Pokémon before they do yours. Nothing more, nothing less. And if you want the prizes, winning is the only thing that gets them.

When I’m physically playing Pokémon, winning is all that matters. Is that a healthy mentality? A lot of scrubs-I mean, people- would argue that it isn’t. But I say, yeah, why not? It’s a game, and it’s meant to be played properly. You can argue that playing Pokémon is about meeting people and hanging out with friends, but being honest I’d rather do that, and also win all of my games. Everyone plays their Swiss rounds, but if you win them, you’re coming back for more and getting loads of free stuff, so you might as well put the work in. If you want it hard enough, and you make a lucid, reasoned effort to be, you can and will be a winner.

So, how do you go about playing to win? The last piece I wrote was kind of about that, but in all honesty was mostly an excuse to crack some stupid Pokémon jokes. This time’s more about actually building a team and getting some results. The first place to start is with setting up the right attitude.

Obviously, you can’t win every time. Nobody’s perfect, and you’ll always have competition. What you can do is make yourself more likely to win than other people. There’s a lot to it, but here’s a few basic rules to start off with:

Rule 1: First, learn everything you can about the game.

Pokémon’s an information game. That means you have know all the basics, like your type charts and every common Pokémon’s base stats. Otherwise, you’re only handicapping yourself; losing a game to, say, not knowing Heliolisk’s base Speed is preventable and therefore entirely your fault. Learn how fast everything is and what moves Pokémon can carry. It’ll probably seem overwhelming at first, but play enough and you’ll get used to it. It’s not really that big of an investment once you get into the swing of things. Then, the most crucial step in becoming a high-level player is to know your damage calculations. The very top tier Pokémon players always know how much damage they should be doing. You might have to start out using a calculator, like Nugget Bridge’s lovely own, but if you get enough experience it’ll become easy to estimate damage. Once you know the game’s raw information, you can start getting into how to play with that information.

Are you here to win games, or are you here to go home with nothing? If you’re happy just playing games, that’s okay, do what you like. If you want to win them, then you have to be rational. That means if something isn’t working, accept that it isn’t working. Analyse everything and be sure of every decision you make. Be aware of cognitive biases (as beautifully described in Werford’s article) and be sure you’re playing to the highest level you can. For example, you might, say, sing the praises of Gravity Rain Kabutops, and cite many occasions in which it’s won you games. Fair enough. But be honest: if that’s happening, it isn’t because Gravity Rain Kabutops is good, it’s probably because you’re being vain and want to be known for being different. Which sure, people might talk about it for a few days. Good for you. Since Gravity Rain Kabutops is awful, you’re also not going to win, so I hope losing in Top Cut is worth it for you. Meanwhile, your sensible friend just uses something decent and earns a free trip to Worlds. You getting the gist this was something that happened? Yeah, I had to learn the hard way. When it comes to it, nobody cares about special snowflakes. I’m talking to you, Cryogonal, you snotty-nosed mug.

Rule 3: Be proactive instead of reactive.

Use things you made yourself, trust your own (reasoned) knowledge more than other people’s opinions, and generally be a Pokémon go-getter. “Hay you guiz what item should I use on my Talonflame” never won a tournament; get out and make some decisions, you baby. Think of it this way: if you can’t come up with your own Arcanine’s EV spread, nobody will ever love you. Being proactive also means using strategies that control the game. It’s all well and good packing Wide Guard Aegislash to protect against Charizard’s Heat Wave, but there’s nothing stopping it from just using Overheat and instantly ruining you. Likewise, it might seem like a cool idea to EV your Charizard to survive certain Rock Slides, but you still have to bear in mind Rock Slide will flinch you 30% of the time you survive it, meaning you’re better off just preventing any Rock Slides with, say, a partnered Ice Shard Mamoswine. It’s a typical example of a reactive play (EVing Charizard to survive) being a lesser option to the proactive play, which doesn’t give your opponent a shot at Charizard in the first place. Consciously give your opponent as little a chance as possible. You are Maggie, and they are the miners.

Rule 4: In a tournament, winning is all that matters.

Have I stressed this enough yet? The game doesn’t care what Pokémon you’re using, or if you’re being “fair”. That’s for scrubs, also known as losers. The game only cares about who KOs their opponent’s last Pokémon. So if you’re playing to win, the game’s opinion is the only one that matters. “At least I’m using something different“ – nobody cares. “I got haxed” – unless you’re James Green and went 4-1 to 0-1 after a consecutive 4 Ice Beams and 2 Draco Meteors missed on Brightpowder Garchomp, to this day the most sickening luck to afflict anyone in a VGC National tournament, nobody cares, and the bracket still didn’t care about that, because he lost the game. Play to maximise your odds of winning, and while there will be a minority of cases in which you couldn’t have done anything, learn to identify when you could’ve done better. Be the best you can, and don’t make excuses. Become a sassy Pokémon Spartan with a sweet cape, rippling abs, and a wonderful constipated grimace. It’s the cool thing to do.

Rule 5: Do whatever makes you most likely to win.

This is where things get more complicated. What I’m saying, is, whatever you’re using should be the absolute best, most optimal build you can manage. That means playing everything in your team to its best strengths, and having an answer to whatever you come up against. It might seem cool to run, say, Crunch Kangaskhan, but that’s never going to be the optimal move. For every game you win because you had Crunch, you’ll probably lose two to not having Sucker Punch. Likewise, prediction-based Pokémon like Bisharp, as well as anything with inaccurate moves, will do you in at some point and lose the game. Gimmicks never have won, and in all likelihood never will win, a tournament. You can make Top Cut, definitely, but what’s the point in making it that far if as soon as you get a bad matchup, it’s impossible to win? So don’t be “that guy” who brings a staple remover to a gunfight. You’ll only go 1-8 and ruin Mr Staple’s tiebreaker, his day, and consequently his life.

Rule 6: But don’t forget it’s all only for fun.

Some kids get their kicks shuffling on sticky floors, with a drink in one hand and a slack-jawed stranger in the other. Some people really like knitting, and baking cakes they don’t eat. Others enjoy sitting in a darkened room and typing out quotes from Bane from the newest Batman movie on the internet. Personally, I enjoy wrecking scrubs at video games. Whilst you could probably call my playstyle brutal and nihilistic, it’s also really enjoyable to me, and it works. Excluding one 3-3 at Worlds (editor’s note: and the most recent German Nationals), I’ve missed precisely two Top Cuts in 6 years of playing VGC, and had a great time at the tournaments I have cut. Is this the devious and Byronic dark side of Pokémon? Not really, it’s just game theory, which I happen to think is loads of fun.

“Playing to win” doesn’t make you a monster; an unholy fusion of Lance Armstrong, Don King and Beelzebub, a bicycled beast of twisted hair and gaping maw, clutching at stolen treasure and terrorising the innocent. That’s called poor sportsmanship, or Boris Johnson. Playing to win is looking at every match as a puzzle to be solved, and fighting as hard as you can to have the game say “win”. It’s not aggressive; to be honest, I actually find it pretty relaxing. Whilst your nan’s doing sudokus, I’ll get settled in, get t’ curtains drawn, snuggle up with a cuppa and practise some Pokémon. Then go to Nationals, wreck scrubs, and win a nice holiday. That’s the way to do it. I love this game, and VGC’s a nice hobby.

Anyway, that’s a basic summary of what I think it means to play to win. This year’s format, with its seemingly infinite amount of options, makes it easier than ever for that one weird team to get its lucky matchups all the way into a Top Cut, where it’ll get wrecked by somebody competent using something reliable. So, please, please, if not just for my sake, don’t go running in there with Ancient Power Air Balloon Heatran, or throwing Low Kicks into my Charizard, or spamming endgame Scarf Rock Slides and actually getting the triple flinch, or whatever. I’m fed up of having to put my losses down to best-of-one gimmicks and hax. So hey, think you’ve got what it takes? Play your best and see if you can beat me.