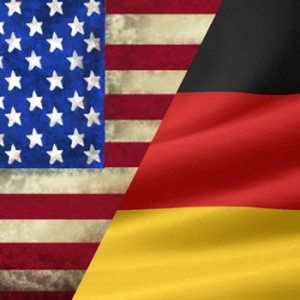 If you missed it live and haven’t had a chance to take a look at our YouTube channel yet, you’ll be happy to know that the archive of our USA vs Germany International Friendly last month ... Read More →

The Nugget Bridge Major finished up earlier this month and involving 449 players, it ranked as the largest standard format online tournament in the history of Pokémon! Over $400 in prizes and invitations to the Nugget ... Read More → 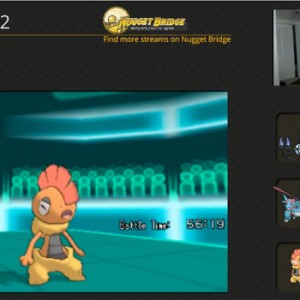 Under the Bridge co-host Matt S. (bearsfan092) is re-launching his Thursday night stream on the Nugget Bridge Twitch Channel focusing on interviews and highlight battles against other players in the community. The first week of this ... Read More → 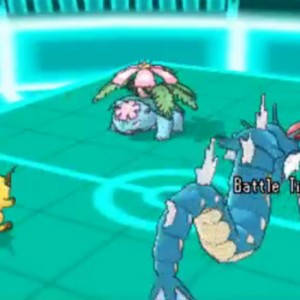 Unfortunately without the ability to save battle videos during live competitions we’ve been seeing far fewer battles archived from Regionals. However, much like in the fall, we were able to stream a Regional Championship this weekend ... Read More → 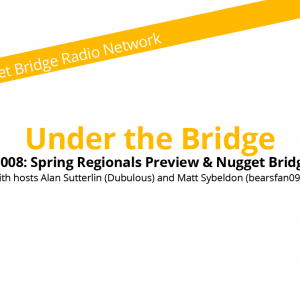 Under The Bridge moves to the end of the month, and with good reason: it’s almost time for Spring Regionals. Listen as hosts Alan Sutterlin (Dubulous) and Matt Sybeldon (bearsfan092) provide a comprehensive preview no matter ... Read More → 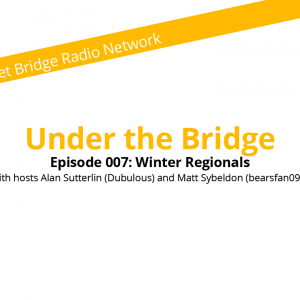 This episode of Under The Bridge is coming out a little late this month after a snafu with the first attempt, however, it is well worth the wait. Listen as hosts Alan Sutterlin (Dubulous) and Matt ... Read More → 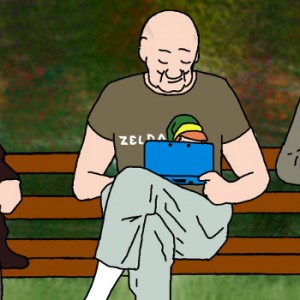 First Place in Missouri: At Least I’m Not Like All Those Other Old Guys

After unexpectedly winning the 2014 Missouri Winter Regional, I knew I wanted to post a report.  I soon found out that, unlike many 2014 reports, I had a lot of matches recorded.  I thought about posting ... Read More → 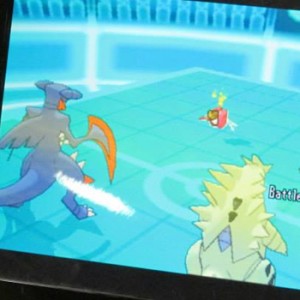 One of the best ways of learning is to watch the best. Unfortunately, battle videos cannot be saved during live competitions but we did stream both west coast regionals this past month so we were able ... Read More → 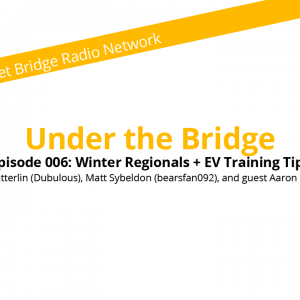 This month the crew under the bridge has a visitor, Aaron Zheng (Cybertron).  Listen as he joins hosts Alan Sutterlin (Dubulous) and Matt Sybeldon (bearsfan092) as they preview the upcoming Winter Regionals, give some EV training tips, ... Read More →